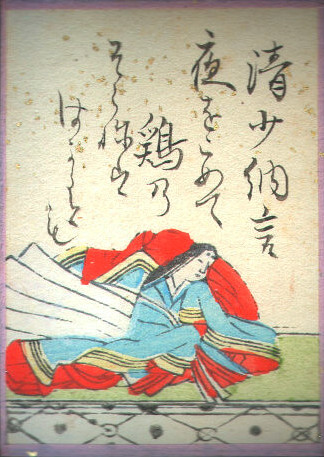 - quote -
Sei Shōnagon, lesser councilor of state Sei
Japanese author and a court lady who served the Empress Teishi (Sadako) around the year 1000 during the middle Heian period.
She is best known as the author of The Pillow Book (枕草子 makura no sōshi, Makura no Soshi).

Sei Shōnagon's actual given name is not known. It was the custom among aristocrats in those days to call a court lady (女房 nyōbō) by a nickname taken from her clan name or a court office belonging either a close male relative. Sei (清) derives from her father's family name "Kiyohara" (清原) (the native Japanese reading of 清 is kiyo, while the Chinese reading is sei), while Shōnagon (少納言, lesser councilor of state) refers to a government post. It is unknown which of her relatives held the post of shōnagon. However, she was called "Shōnagon" ("minor counselor") at court. Her actual name has been a topic of debate among scholars, who generally favor Kiyohara Nagiko (清原諾子) as a likely possibility.
. . . Shōnagon
became popular through her work The Pillow Book, a collection of lists, gossip, poetry, observations, complaints written during her years in the court, a miscellaneous genre of writing known as zuihitsu. The Pillow Book was circulated at court, and for several hundred years existed in handwritten manuscripts. First printed in the 17th century, it exists in different versions: the order of entries may have been changed by scribes with comments and passages added, edited, or deleted. In The Pillow Book, Shōnagon writes about Empress Teishi, and her disappointment after her father's death when Fujiwara no Michinaga made his daughter Shōshi consort to Ichijō, and then empress, making Teishi one of two empresses at court.
- source : wikipedia - 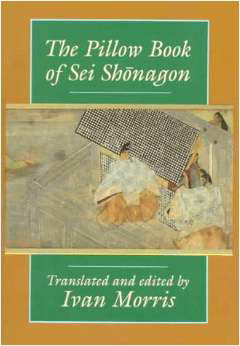 The Pillow Book of Sei Shonagon is a fascinating, detailed account of Japanese court life in the eleventh century. Written by a lady of the court at the height of Heian culture, this book enthralls with its lively gossip, witty observations, and subtle impressions.

Sei Shonagon was the daughter of the poet Kiyohara Motosuke and was in the service of the empress Sadako from about 991 to 1000. Her Pillow Book, which covers the period of her life at court, consists in part of vividly recounted memoirs of her impressions and observations and in part of categories such as "Annoying Things," or "Things Which Distract in Moments of Boredom" within which she lists and classifies the people, events, and objects around her. The work is notable for Sei Shonagon's sensitive descriptions of nature and everyday life and for its mingling of appreciative sentiments and the detached, even caustic, value judgments typical of a sophisticated court lady.

Lady Shonagon was an erstwhile rival of Lady Murasaki, whose novel, The Tale of Genji, fictionalized the elite world Lady Shonagon so eloquently relates. Featuring reflections on royal and religious ceremonies, nature, conversation, poetry, and many other subjects, The Pillow Book is an intimate look at the experiences and outlook of the Heian upper class, further enriched by Ivan Morris's extensive notes and critical contextualization.
source : www.amazon.com

Each time of the day has been associated with a season in court poetry.
For example Sei Shonagon 清少納言 wrote:

haru wa akebono - in spring the daybreak, dawn
natsu wa yoru - in summer the the night
aki no yuugure - in autumn the dusk, evening
fuyu wa tsutomete - in winter the early morning 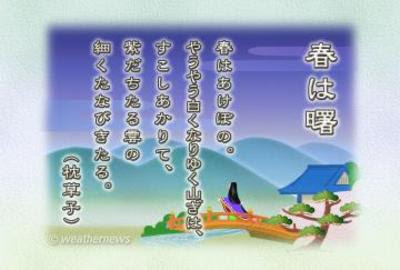 Minamihokkeji Temple is the name of a group of temples, and according to an old head priest of the Temple, it was at the zenith of its prosperity in Heian era when a grand cathedral of total 36 halls and 60 houses including the main buildings, five brand halls and a baptismal hall were constructed. The brand appearance of Tsubosakadera Temple was described with admiration in the storybook of Sei Shonagon abreast of Koya Temple.


At 象頭山 Mount Zozuzan near Kotohira there is a stone memorial said to be the 古墳 burial mound of Sei Shonagon.
Once the villagers wanted to move it to another place but in the dream of the monk 金光院 there appeared a beautiful woman saying:
うつつなきあとのしるしを誰にかはとはれんなれどありてしもがな
And the woman also said:
われは、これ清少納言の霊なり、この塚をな移し給ひそ」
So the villgers kept the mound and repaired it.
But we still do not know wheather this is really her grave or not. 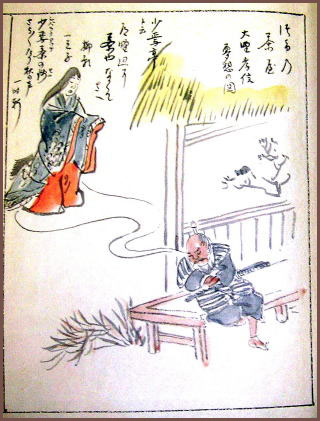 There is a tea house called
"tsuge no chaya" つげの茶屋 The Tea Shop where the vision happened".
where 大野孝信 Ono Takanobu took a nap. 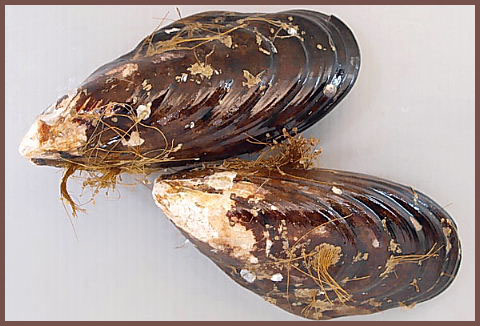 Sei Shonagon had been disapproved by the son-in-law and been exiled to Tokushima.
There were many ill people in the village and she asked to help them. But they were too ill and her servants just cut them open (killed them) and threw them into the sea.
They turned into the Igai mussles of the region.
To remember this event there is a memorial mound, Amazuka 尼塚.
Peoole now come here for relief from sexually-related diseases.

Another version reports
that Sei Shonagon commited suicide in the village by cutting out her genitals, which turned into the mussles.

Another version reports:
When Sei Shonagon was exiled to Tokushima, she walked along the beach, where a young fisherman passed by and raped her.
She was so angry about this that she cut out her genitals, which turned into the mussles.